dbnAudile and outdoor arts experts Walk The Plank are frequent collaborators and all their shows require an imaginative and lateral approach explains Stephen Page, and this was also the brief when it came to Lights Up.

The event commenced with an illuminated procession, courtesy of Liverpool’s Lantern Company, featuring 300 lanterns, created by the Theatre’s community partners and groups and bands along with members of Young Everyman Playhouse.

Three huge lantern puppets led the way, bearing keys to the new theatre.  The parade travelled through the heart of the city centre and up Mount Pleasant towards the Everyman, collecting crowds of people as it progressed. Participants and audiences gathered at the top of Mount Pleasant between the Everyman Theatre and the Catholic Cathedral, where a small stage was set up for a series of performances including Liverpool based Sense of Sound and the screening of a specially commissioned Dear Everyman film. 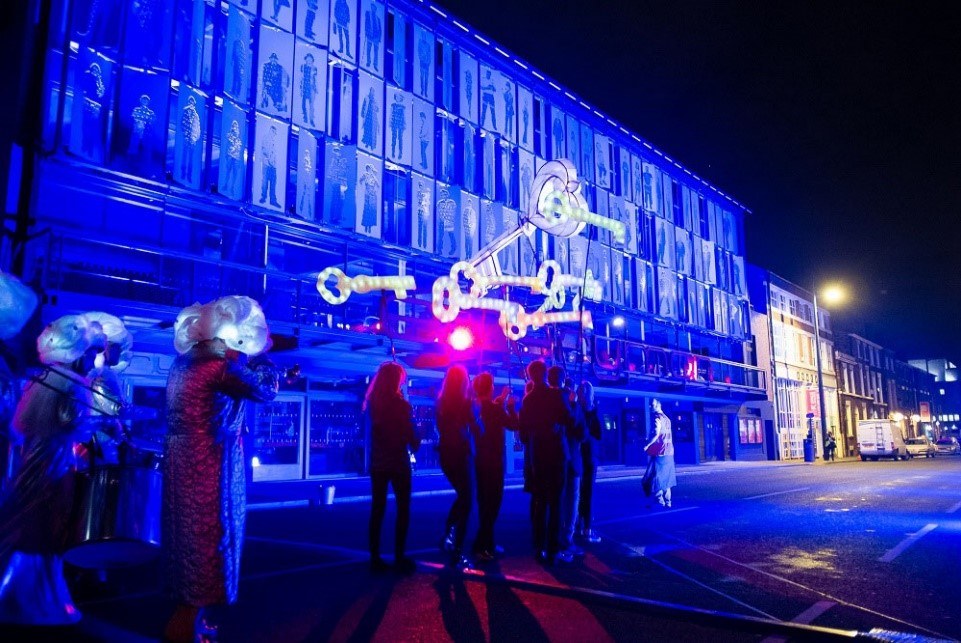 At the culmination of the performance, the three illuminated lantern puppets then inserted a large, glowing red key into the ‘Y’ of the Everyman’s sign and turned it – this was the cue to re-light the iconic sign itself and trigger a lighting and pyro extravaganza, bringing the building to life and declaring the ‘new’ Everyman open.

Page’s lighting design was a combination of style and idiosyncrasy. The dbnAudile crew rigged LED PARs on specially designed brackets to the rear of the steel framework supporting the new, iconic ‘Portrait Wall’ that covers the upper two floors of the refurbished building – a grid of 105 steel stencilled figures acting as louvres to shield the offices from the sun. Silhouetted in colours and animated by fast chases, these took on a completely new dimension which brought them to life as they appeared to move in the flickering lights.

“It was a fantastic project in which to be involved. Some great teamwork between us and Walk the Plank was really enjoyable and yielded excellent results, with the whole event looking fabulous, reopening a Liverpool institution, and really engaging people – there was a real sense of celebration”.

In addition, the façade was further lit from the front with four Studio Due CityColor LED washes on the ground, positioned in a row on the opposite side of the street.

There was a cluster of four Sharpies and three Sharpy Washes behind the Everyman sign, and this Sharpy configuration was repeated on the roof, together with more SGM Palcos all of which crowned the building at the top level.

Page operated the 20 minute show’s lighting from a doorway across the street using a Jands Vista S2 for control.

Challenges included fixing the PARs back-lighting the steel figures on the building without damaging or scratching the gleaming new metalwork. 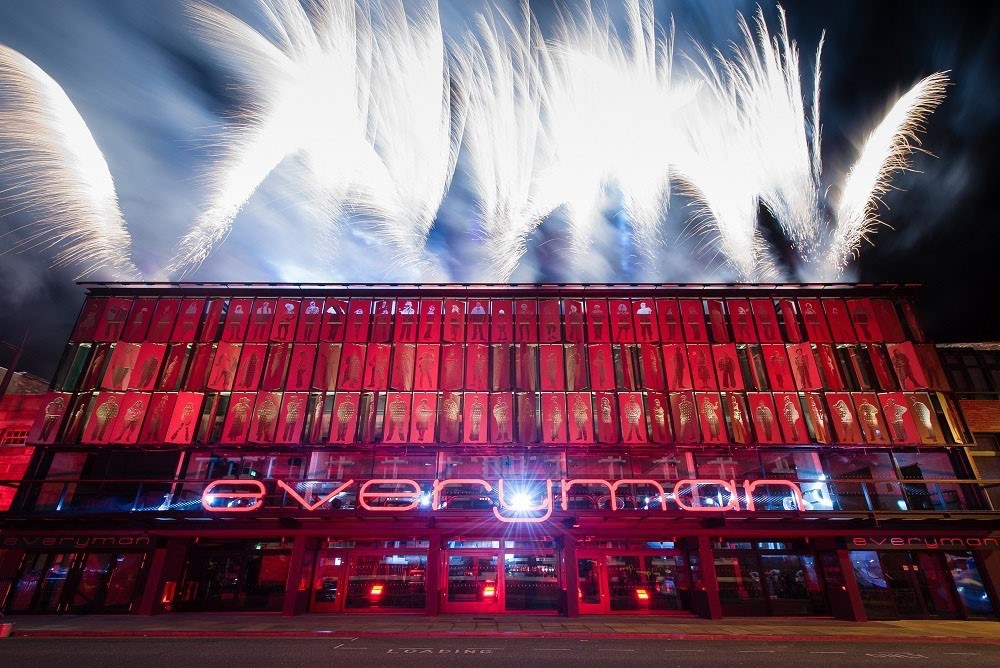 It provides a welcoming, inspiring building and a ‘creative hub’ which can be enjoyed by all, plus a dedicated youth and community space to facilitate the theatres’ work with schools, community groups and the YEP (Young Everyman Playhouse).